This is a small movie—one with a limited budget and without major stars at the time it was made—and it was not available on DVD for decades (until 2020), so many people haven’t seen it.  Based on a novel by Ruthannne Lum McCunn, it’s a more or less true story of how China Polly and Charlie Bemis meet in an Idaho mining camp, and what follows from that meeting.  There are, strangely enough for a western, no gunfights, but there is a lot of gambling and anti-Chinese prejudice. 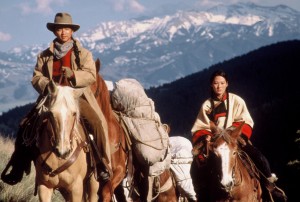 Lalu (Rosalind Chao) is sold by her impoverished family in China and is transported to San Francisco and then to a mining town in northern Idaho, where she has become the property of Hong King (Michael Paul Chan).  Hong King runs the local saloon and gambling den, which he rents from Charlie Bemis (Chris Cooper); he can’t own it since he isn’t a citizen and isn’t allowed to become one.  A constant element of the background is the racist treatment of the numerous Chinese.  Charlie himself, though not Chinese, appears to be on an extended streak of bad luck.

Everybody refers to Lalu as China Polly, and Hong King intends to sell her sexual favors in a back room of the saloon.  With the help of a knife, she persuades him that this would not be a good course to take, and she earns her keep with more socially acceptable forms of hard work.  Eventually, Charlie wins her from Hong King in a poker game, and she repays Charlie by nursing him back to health after Charlie receives a serious wound.   He’d like a permanent relationship with her, but she’s adamant that she intends to return to her family in China.  By the end of the movie, however, the Chinese are driven out of the mining camp, and China Polly decides her real home is with Charlie.  The real-life Bemises established a homestead together on Idaho’s romantically named River of No Return. 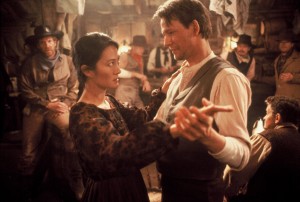 At heart, this is a romance with a western setting.  It is also the only one of the great westerns directed by a woman.  It is slower-paced than many westerns, but it seems true to its time and place.  It’s surprising how many really good westerns of the last 20 years have featured Cooper, an otherwise not-terribly-well-known or flashy actor.  (See Lone Star and Lonesome Dove, for example.)  He’s understated, and he’s good.  And Rosalind Chao is excellent as Lalu/China Polly; she is the central figure and really makes the movie work.  It was filmed in the old mining town of Butte, Montana. As of late May 2020, a restored 4K version of this is available on blu-ray DVD, at long last.  Just be aware that it focuses more on relationships and less on action than most westerns do.  It is now marketed as a pioneering “feminist western,” with a Chinese female lead character and a female director. 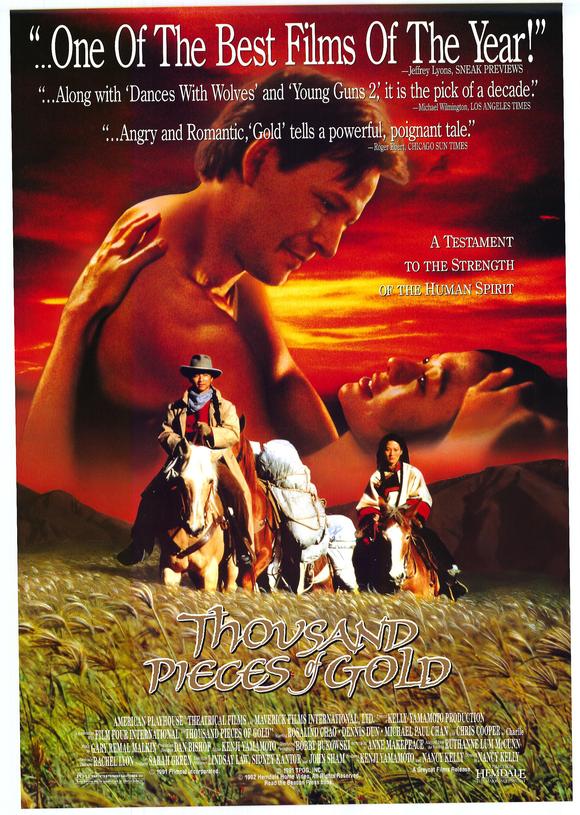 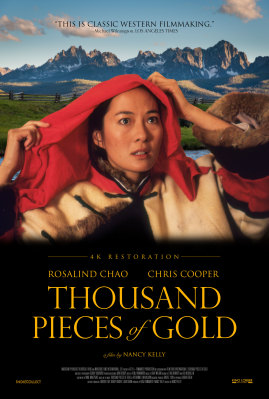 The original 1991 poster for the film (on the left), and the new 2020 poster for the restored version (on the right), focusing more on Rosalind Chao.

If this movie leaves you wanting to know more about the real China Polly and Charlie Bemis, check out The Poker Bride by Christopher Corbett (New York:  Atlantic Monthly Press, 2010).  For another great western featuring the Chinese in the American west, try Broken Trail, above.