In the most enduring scene from this movie (and one of the great shootouts from any western), U.S. Marshal Rooster Cogburn (John Wayne) shouts “Fill your hand, you son of a bitch!”, takes his horse’s reins in his teeth and, with a rifle in one hand and a pistol in the other, charges across a mountain meadow at Lucky Ned Pepper (an early Robert Duvall role) and three others of his outlaw gang.  It was for this role that Wayne won his only Best Actor Oscar, although you could argue that he’d done better acting in Red River, The Searchers and maybe later in The Cowboys.  Even Wayne thought this was not necessarily his most memorable work.  When asked if he thought True Grit was the best film he’d ever made, Wayne replied, “No, I don’t. Two classic Westerns were better — Stagecoach and Red River — and a third, The Searchers … and The Quiet Man was certainly one of the best.” 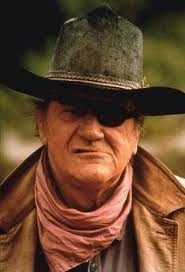 John Wayne as one-eyed marshal Rooster Cogburn, one of his signature roles.

True Grit is ostensibly a manhunt western, but like any great movie it depends on character development as well as the story.  The story, taken from a best-seller by Charles Portis, features Mattie Ross (a first role for Kim Darby, then aged 21 and playing 14), a teenaged girl and also a person with True Grit from Arkansas.  After her father is killed on the streets of Fort Smith and the killer escapes into the lawless Indian Nations, Mattie decides to go after that killer.  Joining her on this quest are the one-eyed, hard-drinking Cogburn and bounty-hunting Texas Ranger LaBoeuf (Glenn Campbell), both with their own agendas and reasons for going on the hunt.  In order to extract the killer, this small but plucky band must locate him and take on a variety of unsavory characters, including a nest of rattlesnakes and the outlaw gang with whom the killer has taken up.

Wayne deserved his Oscar for his performance as Cogburn, which wasn’t simply a straight-up reprise of characters from his other westerns.  In many ways he’s playing against those invincible characters and his traditional image, as he lets his age show.  Darby was impressive her first time out although her career quickly faded.  John Wayne apparently didn’t share that view of Darby, bemoaning their “lack of chemistry” and calling her “the lousiest goddamn actress I ever worked with.”  Duvall is good in a brief role as the outlaw leader.  Glenn Campbell is the weak spot in the casting; you can see why he didn’t have much of a film career.  Campbell’s shortcomings are made more obvious by the screenwriter’s choice to follow the period flavor of the Portis book in the use of dialogue.  For the most part that works (Wayne and Darby carry it off well, for example), but Campbell would have a hard time acting even with more modern language.  Good character roles go to Strother Martin as Col. Stonehill, a Fort Smith horse trader bested by Ross in negotiations, and to a young Dennis Hopper as an outlaw (the same year he gained more celebrity in Easy Rider).  And of course to John Fiedler as Ross’s lawyer J. Noble Daggett in another brief appearance. 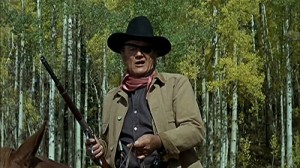 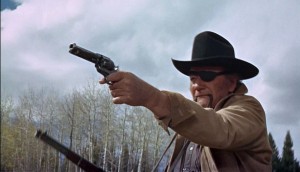 There are many lines that stick with you, with the mostly successful attempt at period dialogue.  Pepper’s response to Cogburn’s challenge at one point:  “I call that bold talk from a one-eyed fat man.”  Cogburn says of Mattie Ross as she swims a river on her horse rather than be left behind:  “By God, she reminds me of me.”   The young outlaw Moon says of his partner Quincy:  “He never played me false until he killed me.”  The killer Tom Chaney bemoans his fate after Mattie shoots him:  “Everything happens to me.  Now I’m shot by a child!”

This movie came out about the same time as Butch Cassidy and the Sundance Kid.  They’re both great, and they both depict western characters near the end of their careers.  But Butch Cassidy offers a more forward-looking twist on traditional western themes, while True Grit is much more of a play on those traditional themes.  They both work well, though. 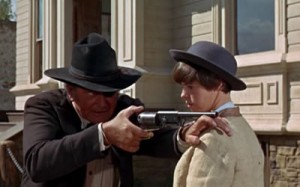 Henry Hathaway was more a workmanlike than a spectacular director, and this was the best film from Hathaway’s late period.  He started out directing westerns during the early 1930s when they weren’t all that respectable, including being an assistant director on the 1929 version of The Virginian, with the young Gary Cooper in the title role.  He had acquired considerable experience by the time he made True Grit forty years later.  The music is by Elmer Bernstein, veteran composer of scores for many other westerns as well as lots of other movies of every kind.  Lucien Ballard shot it beautifully, largely in Colorado locations more mountainous and scenic than the supposed setting of Oklahoma.

This classic western no longer stands alone.  It must be viewed together with the Coen brothers’ 2010 remake, which also appears on this list of great westerns.  Wayne dominates this original as Rooster.  Jeff Bridges as Rooster is more remote in the darker remake, putting Mattie more in the center of the film.  The remake is truer to the ending of the novel.  And both are very worth watching. 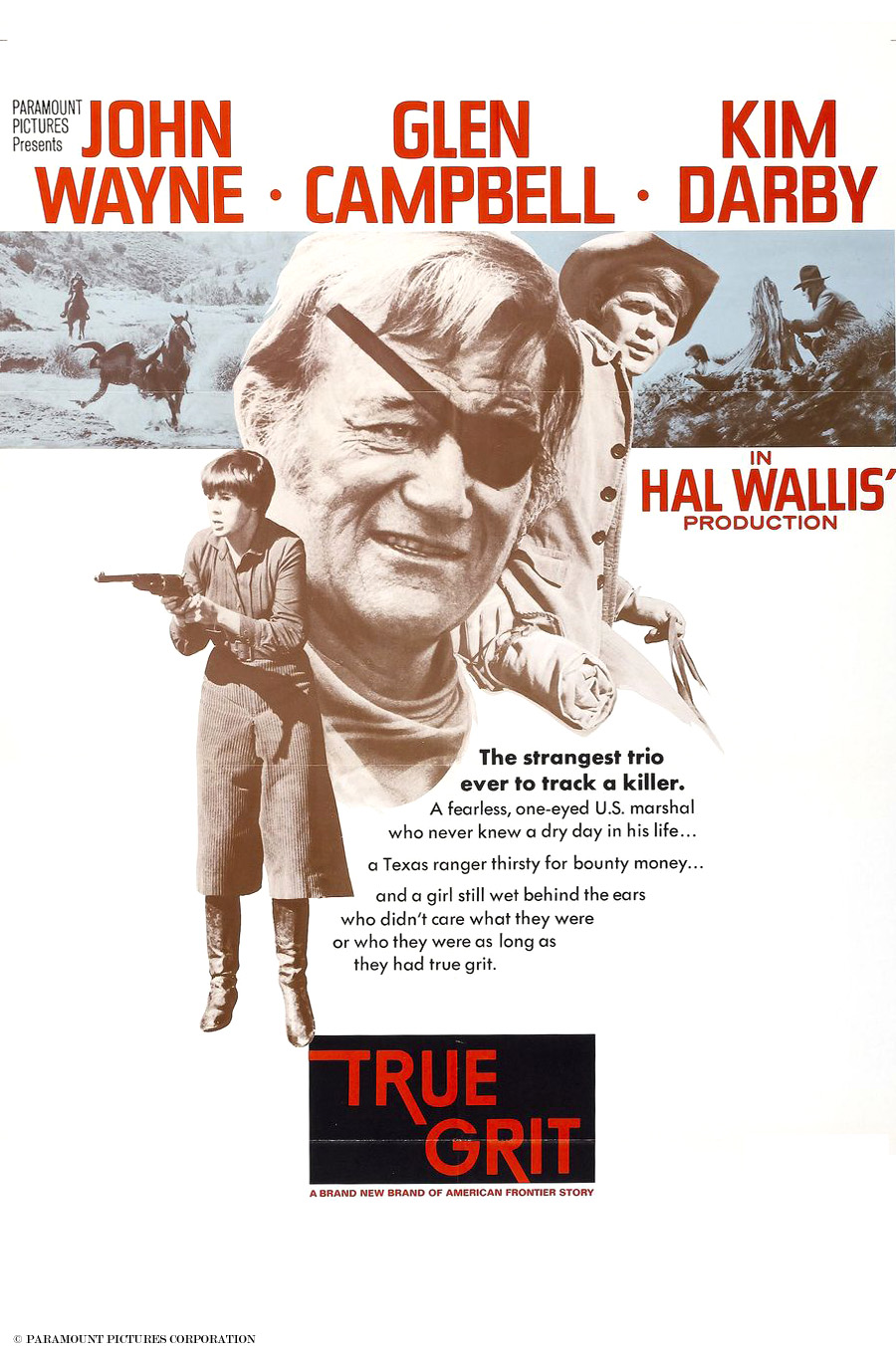 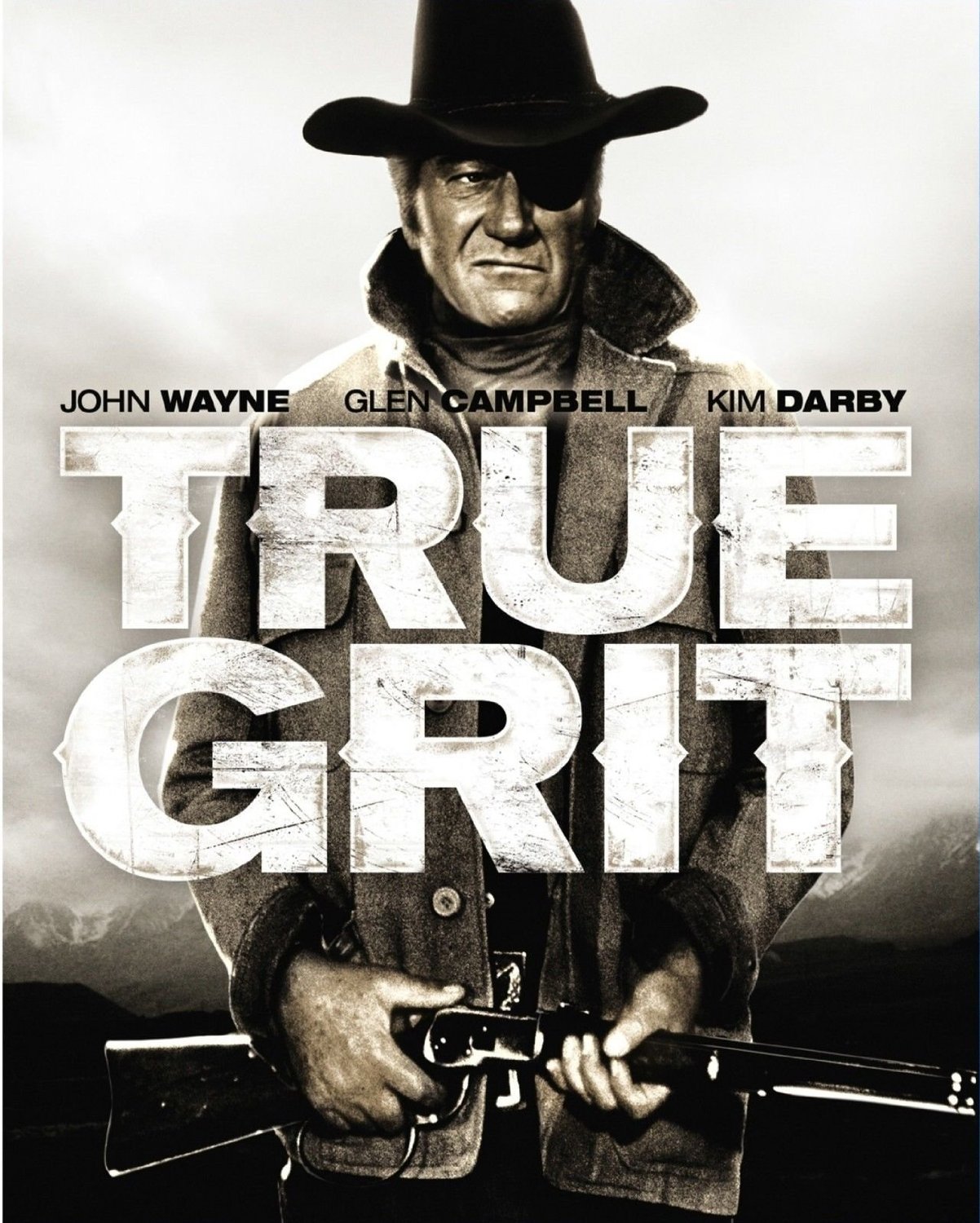