“A director must be a policeman, a midwife, a psychoanalyst, a sycophant and a bastard.”  Billy Wilder. 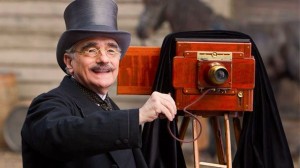 What makes a director of westerns great?  Criteria include the following:

·         Ability to tell stories:  Does the story flow?  How well can a viewer follow it?  Some directors are interested in mood and style to the exclusion of story.  They can also be great directors, but westerns are rooted in stories, and in certain kinds of stories.  If there is inadequate attention to story, or if it’s hard to follow and doesn’t flow, or if it causes the viewer’s attention to wander, the other elements of the film had better be unusually strong to retain our interest.  Some directors seem less interested in story and are still great.  Consider Howard Hawks, who in recruiting Robert Mitchum for El Dorado in 1966, responded to Mitchum’s questions about the movie by telling him the story didn’t matter because the movie had “some great characters.”  And Sergio Leone would often not pay much attention to plot and story while he was playing with mood and visual style.  But they’re both great directors of westerns nevertheless.

·         Visual style:  Film is primarily a visual medium, and those directors who are remembered as the greatest either have their own distinctive visual styles or are linked for several movies with an excellent cinematographer.  It can be hard to distinguish which parts of the visual style are the responsibility of the director and which of the cinematographer.  But the director bears the ultimate responsibility for how the movie works, and they both have to perform well to score high in this area.  Think of Sam Peckinpah and Lucien Ballard in this context, or John Ford and Winton Hoch.

·         Use of actors:  It’s no accident that certain particularly effective directors develop relationships with actors that they tend use over and over again.  They tend to reinforce each other’s strengths.  John Ford and John Wayne are the best-known such director-actor pairing, but Anthony Mann-James Stewart, Budd Boetticher-Randolph Scott and Sergio Leone-Clint Eastwood also come quickly to mind.  Ford and Wayne worked together from 1939 until the end of Ford’s career in the 1960s, but more frequently these actor-director partnerships flourish for five years or less.  The best directors often get good (or even great) performances out of actors that don’t do as well in other contexts.  Think of Howard Hawks’ use of Dean Martin and Ricky Nelson (and maybe Angie Dickinson) in Rio Bravo.  That’s one of the things that tends to make us think of Hawks as a great director.

·         Connection with traditional themes:  Sam Peckinpah’s connection with traditional western themes often causes questions in the mind of his viewers, but it’s undeniably there—sometimes revisionist in sensibility, but always there.  This is one of John Ford‘s strengths, too, although he can also seem too connected with nostalgic Americana.  Other directors who are great seem to lack the sense of connection and go straight for the revisionist elements.  These may produce great movies but not necessarily great westerns.  That’s one reason why there has been a discussion for decades about how great McCabe and Mrs. Miller by Robert Altman is.  Some think it’s one of the greatest westerns, but it has a fairly low sense of connection with traditional themes and remains rooted pretty firmly in the early 1970s.  Altman was a great director, and you couldn’t consider you’d seen his best work without watching McCabe, but it’s not inarguably a great western.

·         Innovation:  In westerns, as in other genres of movies, it can get tiresome to watch the same movies over and over under other names.  Something has to be different, and the great ones bring innovation with them.  John Ford’s stories often seem based in a nostalgic Americana from another era, but he was the first to see the possibilities of Monument Valley as a location and nobody has used it more effectively.  And his visual sense was cutting-edge in its time.  Anthony Mann’s anguished protagonists (usually played by James Stewart) were different than what had been seen in westerns before, but they ushered in perhaps the greatest era of western movie-making in the 1950s.  Sergio Leone and Sam Peckinpah were innovators whose innovations have stuck in the genre.

·         Body of work:  It’s pretty hard to be considered a great director of westerns with only one western.  That means, in a film-making business where not that many westerns are made, that there are few directors you can point to as up-and-coming directors of westerns.  A director of a great western (Michael Mann with Last of the Mohicans, James Mangold with 3:10 to Yuma, the Coen brothers with True Grit) might make only one western in an entire career.  So one of the considerations in being a great director of westerns is to ask, “What is the totality of his work in the genre?”  Not every western John Ford or Howard Hawks made was great, but you have to take them all into account, the great and the less-great, when assessing the director.

·        Influence on others:  If you have any sense of cinematic history, it’s impossible to watch violence in a current western without considering how The Wild Bunch changed the depiction of violence on film.  Certain kinds of shot (a rider in the distance, a tight close-up focusing on the eyes) remind one of Sergio Leone’s style, as does music involving chanting or whistling.  Effective use of wide desert vistas, especially the geological formations in Monument Valley, calls John Ford to mind. 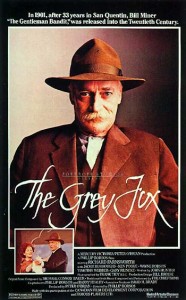 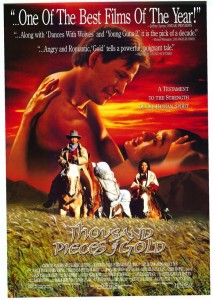 ·         Film-making adventurousness:  Doing something new is always a risk, because films are marketed along traditional lines, pitching them in ways that have worked before.  Studio executives always want something that’s worked before, as opposed to something different.  Doing the different thing may produce a great western without producing the kind of financial returns that get a studio’s or distributor’s attention.  The Grey Fox, A Thousand Pieces of Gold and Lone Star were modestly successful films that were great westerns without spawning a horde of imitators, or, in the case of two of those, without even being available on DVD.  But the urge to do something in a different way will be essential to keeping the westerns genre (or any other) alive.  It’s a constant process of referring to the past (since the western as a genre relates uniquely to the history of America’s west) and infusing it with something new.  That challenge can be having the discipline and skill to balance the urge to reach for one’s own vision without tipping over into self-indulgence (the curse of Sam Peckinpah).

The Greatest Directors of Westerns Since 1939 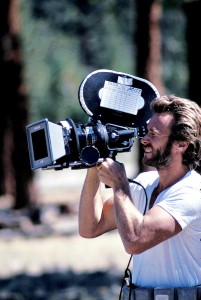 Clint Eastwood on the set of High Plains Drifter, 1973.

(Those Who Have Made More Than One).  If any of these guys made one more great western, and maybe just one more good one, they’d vault on to the list of greatest directors.  Eastwood’s last western was Unforgiven, more than twenty years ago, and he’s now in his 80s.  Walter Hill is getting up there, too.  But Costner and Wincer could each come up with something, although Costner doesn’t often direct any more. 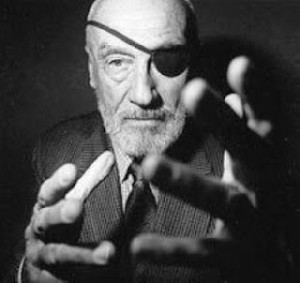 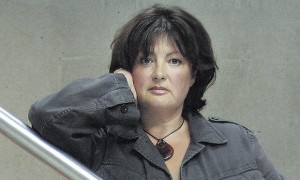 They’re still quite rare.  Most of these are within the last twenty years.  But one of them, Nancy Kelly, made a western that’s on the list of 55 great westerns.  Now, if somebody would only issue a DVD of A Thousand Pieces of Gold.  After all, there are many others not so great for which a DVD is available.  (The MfTV designation means it was made for television.) 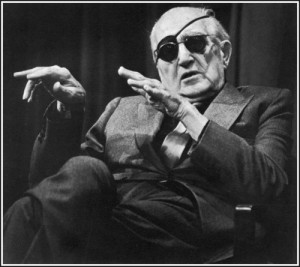 Raoul Walsh and Andre de Toth were both genuinely one-eyed.  The others tended, especially as they got older, to wear an eye patch over a weaker eye.  Two of these directors even made 3-D films during the brief fad for those in the early 1950s:  House of Wax and The Stranger Wore a Gun by Andre de Toth, and Gun Fury by Raoul Walsh.  With only one eye, they could of course not see the 3-D effects at all.

Raoul Walsh (The Big Trail, They Died With Their Boots On, San Antonio, Colorado Territory, The Tall Men, etc.)