The years listed for the films below are the years of the Academy Award or the nomination, not the year of the film’s release.  They’re not always the same.  A broad view of the category “western” is used; some might say that Treasure of the Sierra Madre, No Country for Old Men or even Seven Brides for Seven Brothers are not really westerns, but we include them here for completeness because they at least touch on traditional western themes. 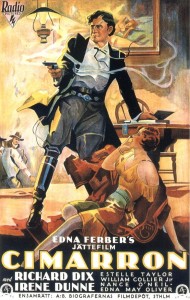 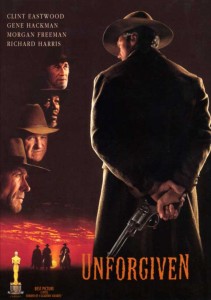 Here note the 60-year gap between Cimarron in 1931 and Dances With Wolves in 1990, despite the fact that in the intervening decades, especially the 1950s and 1960s, there were a number of great westerns, such as High Noon and Shane (both nominated-see below) or Ride the High Country (not even nominated).  But the Oscars can be quirky that way, reflecting the cinematic fashions of their immediate times rather than the considered judgment of a longer view. 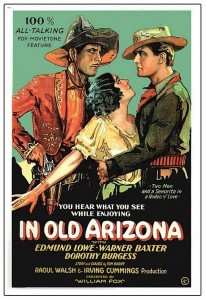 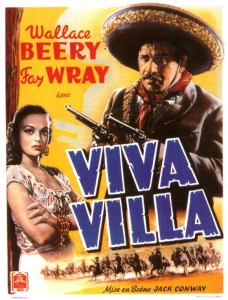 Some of the nominees here from the early years (In Old Arizona, Viva Villa!) are largely forgotten except by historians and enthusiasts.  Especially notable here is the 21-year gap between Butch Cassidy and Dances With Wolves, when no westerns were nominated—a testament to how unfashionable the genre had become in filmmaking circles for a generation.  In retrospect, it’s a little surprising that there were no western nominees in 1972 or 1976, when The Cowboys, The Outlaw Josey Wales and The Shootist all seem like worthy candidates.  However, for any given year you can come up with a movie not nominated that should probably should have been.  It’s not surprising there are a number of really good westerns among those missed candidates.

Butch Cassidy and the Sundance Kid (1969)