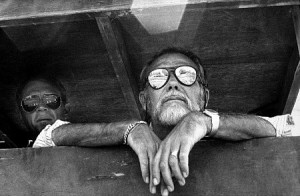 “Pouring new wine into the bottle of the Western, Peckinpah explodes the bottle.”–Pauline Kael.

“I want to be able to make westerns like Akira Kurosawa makes westerns.”–Sam Peckinpah

David Samuel Peckinpah was born in 1925 and grew up in Fresno, California.  The strongest influence on him during his youth was said to be his maternal grandfather Denver Church, a judge, congressman and one of the best shots in the Sierra Nevadas.  Sam enlisted as a Marine in 1943 during World War II but did not see combat.  On his return from the war, he graduated from Fresno State in 1948 with a degree in drama.  He and his new wife moved on to USC, where he received a masters degree in performing arts in 1952.

Eventually he got a job working as an assistant to director Don Siegel in several films, including Invasion of the Body Snatchers, in which he also appeared briefly as a meter reader.  He became a scriptwriter for such television programs as Gunsmoke (1955) and The Rifleman (1958).  Eventually he created his own short-lived television series The Westerner (1960, only 13 episodes), starring Brian Keith.  Keith had a box office success with Maureen O’Hara in The Parent Trap, and when O’Hara sought out Keith for a western production in which they would again co-star, he suggested Peckinpah as a director. 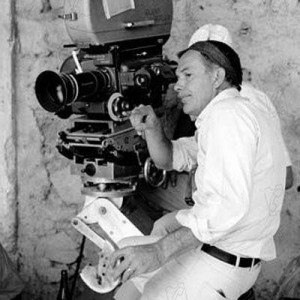 The Deadly Companions was not a success.  The only reason it is remembered today is because it was the first movie Peckinpah directed.  It was a very low-budget film, on which O’Hara’s producer brother Charles Fitzsimmons would not allow Peckinpah to re-write or participate in its editing.  Fitzsimmons also forgot to copyright the film, so it was in the public domain and for decades was seen, if at all, only in very poor quality prints and transfers.  But it was a directing credit and got Peckinpah started in film directing.

His second effort was one of his two masterpieces:  Ride the High Country, the last movie for aging western star Randolph Scott and the last significant movie for Joel McCrea.  It was also his first project with his favorite cinematographer, Lucien Ballard.  Since it was made economically with a relatively low budget in just 26 days, it did not get much attention in the U.S. on its release.  It was not promoted heavily; an MGM executive was heard to comment that “it didn’t cost enough to be that good,” and on MGM’s books it lost $160,000 domestically.  But it was taken more seriously in Europe, where it won first prize at the Venice Film Festival; and it received the grand prize at the Brussels Film Festival (beating Fellini’s 8 ½).  Even in the U.S., and notwithstanding its lack of studio promotion, the film was named by Newsweek and Film Quarterly as the best film of 1962.  Peckinpah was on his way ….

Until he crashed and burned on his next film, Major Dundee (1965), during the making and post-production of which he demonstrated not only some of his brilliance as a filmmaker but his inability to control his use of alcohol and pot or to get along with other egos among his stars and, especially, his producers.  On location in Mexico, his abrasive manner, compounded by heat, excessive drinking and marijuana use, caused star Charlton Heston to threaten to run him through with a saber.  The movie ran significantly over budget and way behind schedule.  However, when the studio, in the person of producer Jerry Bresler, threatened to shut the production down, Heston impulsively offered his own salary to offset the budgetary overages, and Bresler accepted.  Heston essentially made the movie for free. 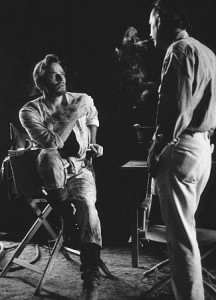 The conflicts with the producers and Columbia continued in post-production, and the movie was taken away from Peckinpah, resulting in a disjointed cut and disappointment at the box office.  Legends continue that Dundee is a lost masterpiece, and an extended cut was released on DVD in 2005, long after Peckinpah’s death.  However, even the extended cut appears to be evidence that Peckinpah’s overindulgences prevented him from finishing his script or telling a very coherent story.

Peckinpah:  “Any script that’s written changes at least thirty percent from the time you begin preproduction:  ten percent while you fit your script to what you discover about your locations, ten percent while your ideas are growing as you rehearse your actors who must grow into their parts because the words mean nothing alone, and ten percent while the film is finally being edited.  It may change more than this but rarely less.” 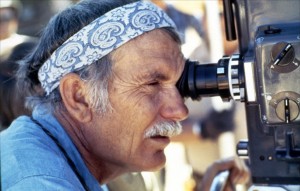 Peckinpah’s directing career hit the skids in the wake of this debacle and he was replaced as director on his next film, The Cincinnati Kid (1965), with Steve McQueen.  He began to rehabilitate his reputation through a strong television production of Katherine Anne Porter’s Noon Wine (1966), which he adapted for the small screen.  It was enough to get him direction of his second masterpiece, this time for Warner Brothers:  The Wild Bunch (1969).  It is the film for which he is best remembered, although there are those who still prefer Ride the High Country.

The Wild Bunch, with its dazzling cinematography (again with Lucien Ballard) and visual compositions, its nihilistic outlook and stepped-up violence, follows a band of aging outlaws who have outlived their time, as they take on one last job in Mexico.  They go out in an explosion of gore and show-motion violence, in a final battle that is sometimes called “the Battle of Bloody Porch.” The film is brilliant, and it resulted in Peckinpah’s nickname “Bloody Sam.”  It rejuvenated his career and sent him into the ups and downs of the 1970s.  And the action and violence in westerns have looked different ever since. 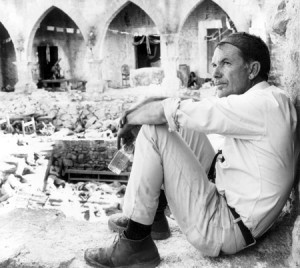 On the set of The Wild Bunch.

During the 1970s he directed The Ballad of Cable Hogue (1970, a kind of flower-child western that was said to be one of Peckinpah’s own favorites among his work), Straw Dogs (1971), Junior Bonner (1972, a modern rodeo-based western with Steve McQueen), The Getaway (1972, a crime drama on which Peckinpah introduced Steve McQueen to Ali McGraw), Pat Garrett and Billy the Kid (1973, his last western, with James Coburn and Kris Kristofferson as the title characters and non-actor Bob Dylan), Bring Me the Head of Alfredo Garcia (1974), The Killer Elite (1975), Cross of Iron (1977) and Convoy (1978).  He continued to be the subject of controversy because of his use of graphic, some would say excessive, violence.  He also continued to fight with studios, producers and his own demons (to which he had added cocaine).  His last solid effort was the World War II anti-war epic Cross of Iron, about a German unit fighting on the Russian front, with Maximilian Schell, James Mason and James Coburn.  Peckinpah actually brought the picture in successfully despite severe financial problems.  His last film was The Osterman Weekend (1983), a less-than-notable adaptation of a Robert Ludlum thriller.

Peckinpah’s own views on the violence of his films?   “Well, killing a man isn’t clean and quick and simple.  It’s bloody and awful.  And maybe if enough people come to realize that shooting somebody isn’t just fun and games, maybe we’ll get somewhere.”

He lived another six years without significant career achievements.  He died of a heart attack at 59 in 1984, his body worn out by his overindulgences over the years.  Actor Robert Culp may have been right when he said that the surprising thing about Peckinpah was not that he only made fourteen pictures, but that he managed to make any at all.  In terms of awards, Peckinpah received only one Academy Award nomination in his career, for Best Adapted Screenplay for The Wild Bunch. 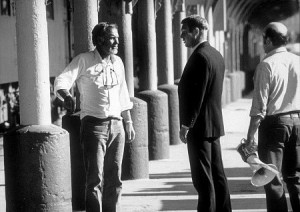 Peckinpah:  “The end of a picture is always an end of a life.”.

Thirty years after his death, his best-remembered films are his westerns.  The two very best of them feature old-timers finishing out a string as best they can, according to a code that may be obsolete.  Peckinpah himself may have been born out of what he felt to be his time.  His legacy as a director is both brilliant and disappointing.  Current directors who show his influence include Walter Hill and Quentin Tarantino.

“Sam Peckinpah’s life, like many of his movies, ended in a kind of apocalyptic debacle.  Too many arguments with producers, too much alcohol-fueled misbehavior and (always the real problem) too many disappointments at the box office had rendered the director of The Wild Bunch (1969) effectively unemployable by the time he died in 1984, at 59.”–Dave Kehr

“The Western is a universal frame within which it’s possible to comment on today.”–Sam Peckinpah

The most comprehensive biography of Peckinpah currently is If They Move …Kill ‘Em!  The Life and Times of Sam Peckinpah, by David Weddle (2000).  There is an interesting documentary on Peckinpah and his films, especially his westerns:  Sam Peckinpah’s West (1994). 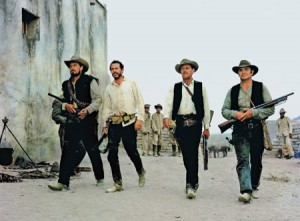