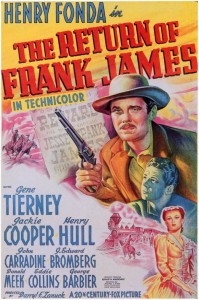 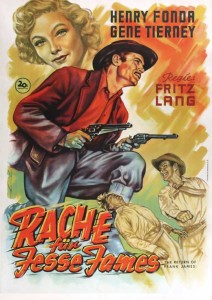 In color, indicating that it had a large budget for a 1940 western.  This sequel to 1939’s Jesse James stars Henry Fonda reprising his role as Frank James, a growing-up Jackie Cooper as Frank’s companion Clem and Gene Tierney in her first leading role as Eleanor Stone, a Denver reporter who is smitten with Frank.  The movie starts as Frank gets news of Jesse’s death, robs a bank owned by the railroad and goes off to Colorado in search of the Ford brothers and revenge.

While in Colorado he meets Eleanor and gets news that his black farmhand Pinky (Ernest Whitman) has been arrested for and convicted of the robbery James committed, along with related deaths.  Reluctantly, he gives up temporarily on his pursuit of Bob Ford (John Carradine), returns to his home state and turns himself in to save his friend.  As he is put on trial in Missouri, Bob Ford shows up unexpectedly (and unnecessarily) in the courtroom, and Frank finishes him off in a shootout in a barn after Ford kills Clem in the town square. 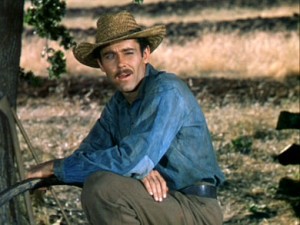 The entire film is not very factual, aside from Frank being acquitted at a Missouri trial after Jesse’s death, which he was.  Fonda is good, and Tierney is beautiful–the camera loved her.  Donald Meek has a nice role as the venal railroad executive.  Ford was actually killed in a saloon in Creede, Colorado, by a non-James. 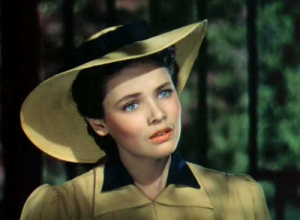 The lovely Gene Tierney as Eleanor Stone, in her first starring role.

This is one of director Fritz Lang’s few westerns, together with Union Pacific and Rancho Notorious.  For another western focusing on Jesse’s assassin Bob Ford, see Samuel Fuller’s I Killed Jesse James, with John Ireland.