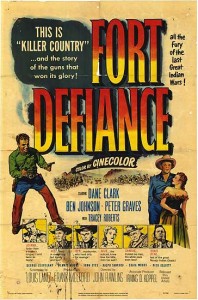 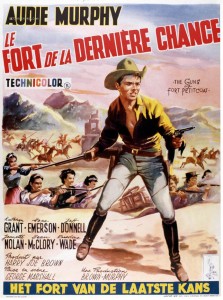 Forts are the natural settings for cavalry movies, and the movie title often contains the name of a fort to convey that it is a cavalry movie.  As the popularity of cavalry movies waned in the late 1960s, these “fort” names for movies disappeared. 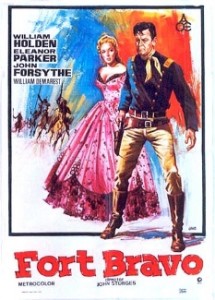 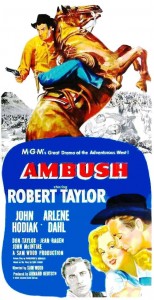 Most stories for movies are fictional, although some, like Broken Arrow or Geronimo:  An American Legend, are based on fact.  Many westerns, especially cavalry westerns, used the names of actual historical military installations in the American west, but many of the names of forts were fictional as well.  The following is a partial list of fictional forts used in westerns.

Fort Jefflin (The Wonderful Country)
Fort Canby (A Thunder of Drums). The real Fort Canby was in Washington state, named for a general killed in the Modoc War.
Fort Delivery (A Distant Trumpet)
Fort Benlin (Major Dundee)
Fort Creel and Fort Concho (there was a real Fort Concho in Texas, but not in Arizona) (Duel at Diablo)
Fort Clendennon (Chuka)