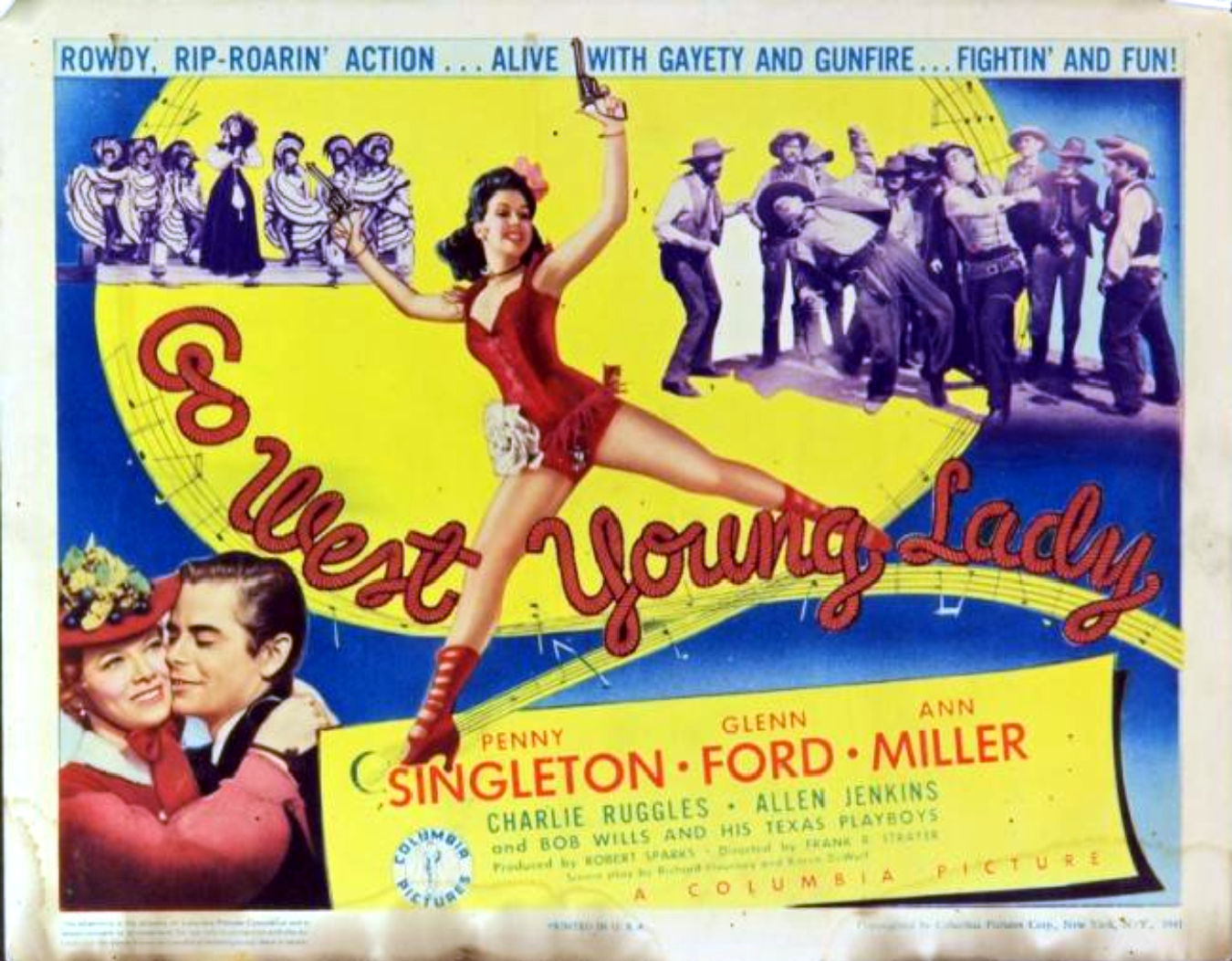 For current fans of westerns, the obvious star of this western musical comedy would be the young Canadian actor Glenn Ford.  But at the time this was made in 1941, he was not the biggest star; first billing went to Penny Singleton, then known for having appeared as Blondie in a series of slight films based on the Dagwood and Blondie comic strips.  (She and Arthur Lake would make 28 of them between 1938 and 1950, including one with Glenn Ford in 1940; many were directed by Frank Strayer.)  Here, she is Belinda “Bill” Pendergast, the young lady of the title.

The once-tomboyish Bill is headed west to join her uncle Joe Pendergast (Charles Ruggles) in the lawless town of Headstone, now terrorized by the outlaw gang of Killer Pete.  In the stage with her is Tex Miller (Glenn Ford), a federal marshal being sent as temporary sheriff to clean things up in Headstone.  When the stage is attacked by Indians, Tex is surprised to find Bill outshooting him in the stage’s defense (like Mae West in the previous year’s My Little Chickadee).  Uncle Joe owns the Crystal Palace saloon, where the principal entertainment (and most of the movie’s musical numbers, along with some anachronistic but well-executed tap dancing) are provided by Lola (Ann Miller).  He is shocked to find that Bill Pendergast is a young woman.  Unfortunately, Lola and Bill do not get along well.

Uncle Joe owes more and more of his saloon to his financial backer, Hannegan (Onslow Stevens), but both of them seem to be losing money to Killer Pete.  [Spoilers follow.]  Unknown to almost everyone, however, Hannegan is in fact Killer Pete.  Tex does his best to bring a little law and order.  As Tex keeps fighting with bad guys who are bigger than he, in a running gag Bill tries to help him but always ends up bashing Tex.  He warns her off (to no effect) in one fight.  “Don’t hit him!  It’ll be me!”  It always is. 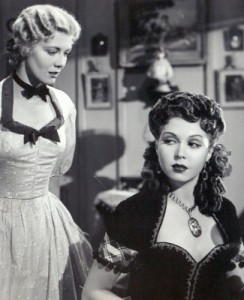 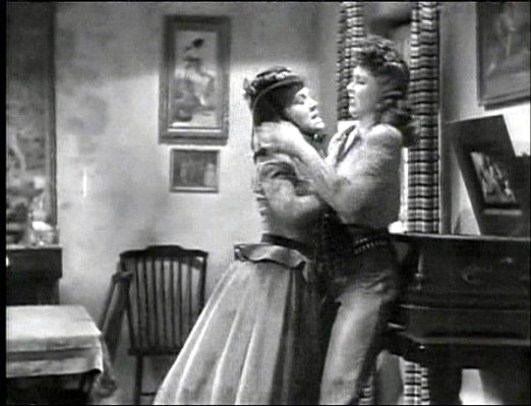 Elements of this are reminiscent of Destry Rides Again, from two years earlier, with the corrupt town, the diffident-seeming (but actually forceful in his way) young lawman, and the exuberant fight between two women (Marlene Dietrich and Una Merkel in Destry, Singleton and Miller here).  Other than those references, the writing here is desultory and the comedy predictable, with pies in faces, law and order prevailing against Killer Pete, and the young lovers getting together after multiple misunderstandings.  Like Belle of the Yukon, this is edging more into musical comedy than western.  Along with all the other musical numbers (several written by Sammy Cahn and Saul Chaplin), one is provided by Bob Wills and his Texas Playboys. 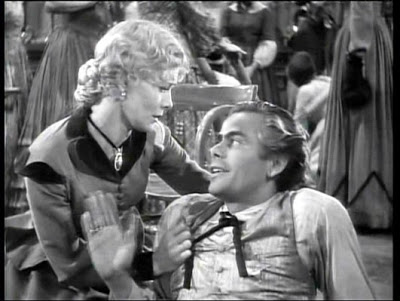 After numerous altercations, misdirected punches and the occasional pie in the face, finally the young lovers (Penny Singleton and Glenn Ford) get together.

Shot in black and white at the Iverson ranch in Chatsworth, California, at only 70 minutes.  Not available on DVD in the U.S.  Not to be confused with Go West, Young Girl, a 1975 made-for-television movie with Karen Valentine.  Or with the better-known Go West, Young Man, 1936, with Mae West, Warren William and Randolph Scott. 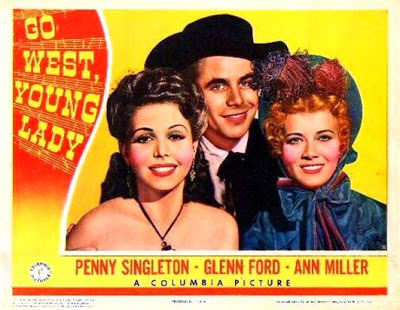