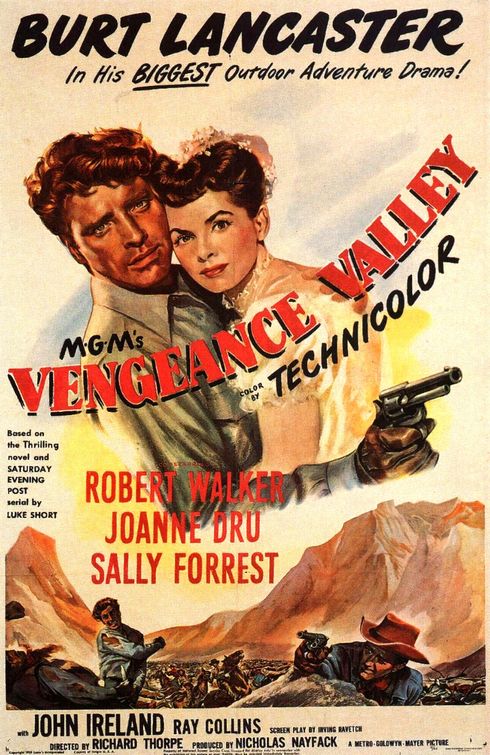 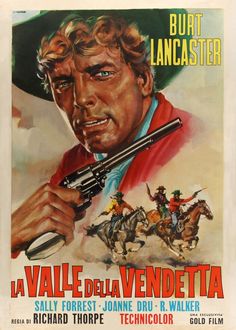 If you were making a western in the 1940s or 1950s, you could do worse than start with a story from western writer Luke Short, as was done here.  This was Burt Lancaster’s first western, and its brother-gone-bad story is fueled by the excellent actors Lancaster and Robert Walker, who was nearing the end of his career and short life.

Owen Daybright (Burt Lancaster) is the foster son of range baron Arch Strobie (Ray Collins).  In addition to being Strobie’s foreman, part of his responsibilities includes training Strobie’s real son Lee (Robert Walker).  Although relations are apparently good between the foster brothers, it’s unclear how much real tension might be there.  As the movie starts, the two are returning from an extended period caring for the herds during the winter.  In town, they hear that Lily Fasken (Sally Forrest), who formerly worked at a restaurant, has borne a baby out of wedlock.  Mostly shunned by the respectable people in town, Owen finds her being cared for by Lee’s new wife Jen (Joanne Dru).  He gives her some supplies and $500, leading her brother Dick (Hugh O’Brian) to suppose that Owen is the father and send for brother Hub (John Ireland, then married to Joanne Dru). 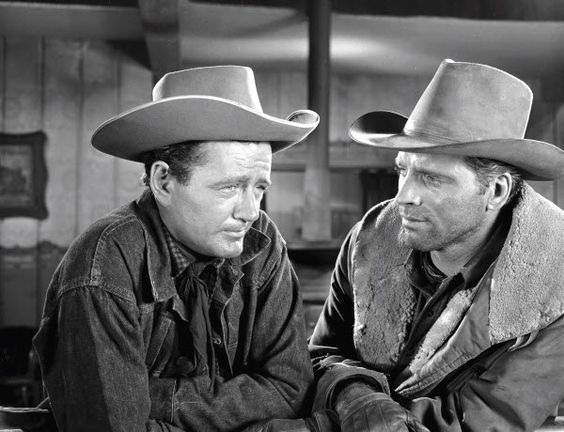 We soon see that Lee is the real father of Lily’s child, and that Owen has feelings for Jen that he’s mostly hiding.  As the Fasken brothers try to take action against Owen, they are thrown in jail, and Owen and Lee head off to the spring roundup.  Lee is looking for a way out of his situation, and he tries to focus more of the blame for his own actions on Owen.  After Owen has a fight with a small-time rustler (Ted de Corsia), Lee arranges for the Faskens to be allowed into the roundup, where they can ambush Owen.

Meanwhile, Lee gets his father to make him a full partner in the ranch, and during the roundup he arranges to sell the Strobie stock for $40,000.  He hopes to make off with the money and use it to start anew in another location.  His marriage with Jen is falling apart because Jen has seen his selfish behavior for what it is.  But Owen crosses paths with Lee’s new buyer and confronts Lee, who then tries to lead him into the Fasken ambush.  Owen is wounded, but gets the Faskens, and Lee escapes.  Owen intercepts Lee, and there is a final confrontation between the two. 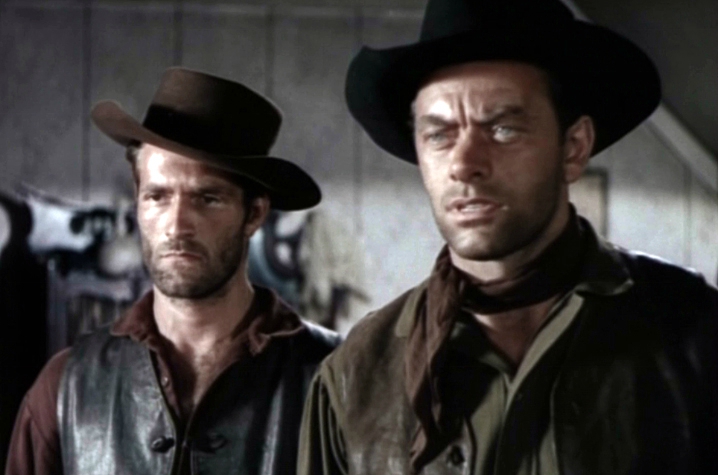 Despite the good performances by Lancaster and Walker, and Dru’s usual attractiveness, this is somehow lacking a spark.  Dru is mostly underused.  The subplot involving Dru falling out with Lee and Owen falling for her is underplayed, although a still from the studio (below) would seem to make it more overt.  One is mostly inclined to attribute the lackluster results to journeyman director Richard Thorpe, who had been directing movies for almost thirty years.  Lancaster would go on to better westerns (Vera Cruz, Gunfight at the OK Corral, The Professionals, Valdez Is Coming, Ulzana’s Raid) over his long career.  Walker would soon be dead of alcohol and a broken heart, with Hollywood mogul David O. Selznick having stolen his wife Jennifer Jones.  He could be an excellent actor in roles like the one he has here, as we have seen in Alfred Hitchcock’s Strangers on a Train. 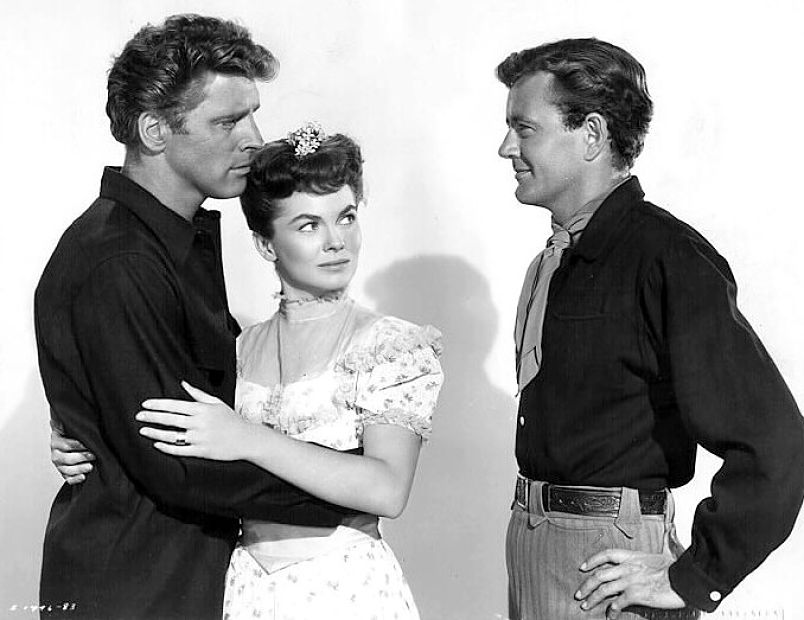 Lancaster, Dru and Walker in a studio still. Their situation never became this overt in the movie.

Shot in color in various Colorado location, at 83 minutes.  At a time when movies, including upscale westerns, were moving to widescreen forms of presentation, this is still in what is called “academy aspect,” the ratio in which movies had been shown for the previous decades.