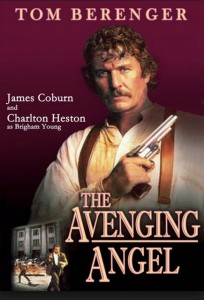 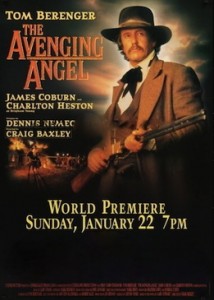 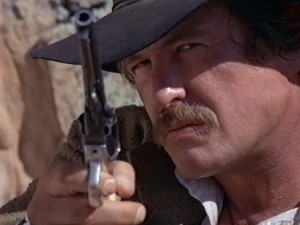 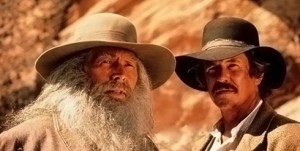 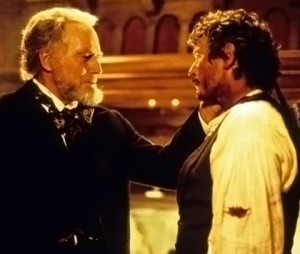 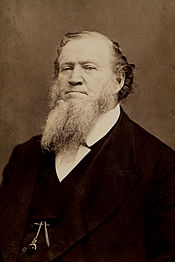 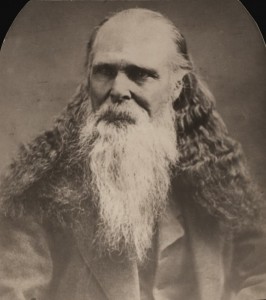 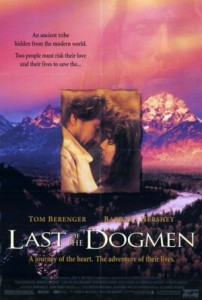 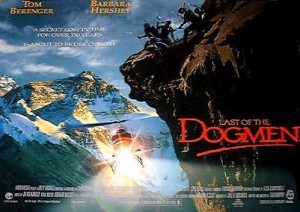 To be honest, this was made as a B-movie, as the presence of Tom Berenger would suggest.  He’s sometimes better than his material, although the material here is fine, if unpretentious.  Berenger plays Lewis Gates, a modern-day wilderness guide and tracker in Montana and a man seemingly born a century too late.  Sent to track three escaped convicts in a remote area, Gates finds them all killed—with arrows, and not modern-style arrows.  He has in fact discovered a surviving and very isolated band of 19th century Cheyennes in a remote and inaccessible wilderness area.  Their culture is frozen in time, as if they were still in the 1870s when Cheyennes last roamed free.  Barbara Hershey is Professor Lillian Diane Sloan, Gates’ romantic interest (after quite a bit of development).  Sloan is an academic anthropologist specializing in Indians—in the Cheyennes, specifically.  The plot then revolves around getting the Cheyennes to trust them and protecting the Indians from the invading modern world.  The story has obvious similarities with Lost Horizon and other hidden civilization stories.  It takes a while to develop, but it doesn’t drag.

There are subplots involving the animosity in Berenger’s relationship with the local sheriff (Kurtwood Smith) and a race for modern antibiotics to save an Indian boy.  The sheriff is the father of Gates’ dead wife, and he blames Gates for his daughter’s accidental death.  Gates may share some of that view, although he ostensibly realizes that his wife’s death wasn’t really his fault.

There are slight believability problems here and there, but it’s fun and very watchable.  Hershey also is better here than in some of her other roles, although she was good in a similar role in Hoosiers.  The Indians look authentic.  Steve Reevis, Blackfoot actor, is particularly good as Yellow Wolf, although not much is required of him but to look stoic and resolutely anachronistic.  One director’s-cut version does not have the Wilford Brimley voice-over narration, and many prefer that version.  In another decade with a stronger lineup of westerns, this might not have made the great westerns list.  But in the 1990s it does, even if it’s rated PG.  A movie of modest pretensions (and made with modest resources), it’s good for a Saturday afternoon.

This movie was filmed in Alberta, Canada, in and around the town of Canmore.  The supposed “Oxbow Triangle” in Montana, the remote area where the Cheyennes survive, appears to be a fictional creation for the movie. 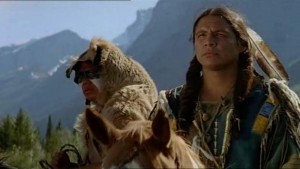 A certain amount of romantic lore has always surrounded the Cheyennes, including a legend of a lost band of the Suthai clan.  Curiously, the title of this movie never seems to be fully explained in the film, although there are references to “dog soldiers.”  The leading Cheyenne warrior society called themselves “dog men” or “dog soldiers.”  The survivors depicted in the movie are presumably the descendents of a dog soldier group and their families.  The nearest group of modern Cheyennes to these supposed 19th century remnants would be the Northern Cheyennes.  The modern Northern Cheyennes have a reservation adjacent to the Crows in southeastern Montana, and are descendants of the band led by Dull Knife and Little Wolf who were the subject of John Ford’s Cheyenne Autumn.

For another Tom Berenger western, check out the made-for-television The Avenging Angel, featuring Berenger as a kind of Mormon not-so-secret agent, dealing with historical characters Brigham Young and Porter Rockwell, along with murder, machinations and mayhem among the polygamous Mormons of the 1870s.  For another excellent western set in modern times, featuring a white tracker-hunter drawn to Indian ways in the wilderness, see Wind River (2017), with Jeremy Renner and a number of Indian actors and set on Wyoming’s mountainous Shoshone-Arapaho reservation.